The latest about the Grand at Papago Park Center

Construction crews are in the process of relocating the canal and have begun pouring concrete on the new slopes. The initial dam structure has also been poured. Construction is expected to continue through fall on these components of the development's centerpiece. 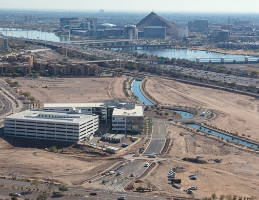 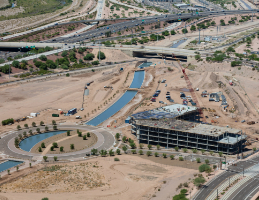 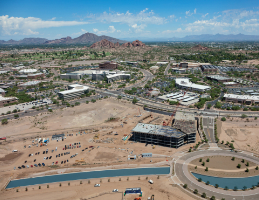 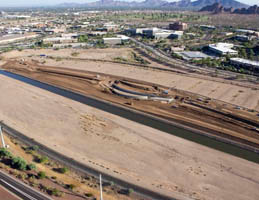 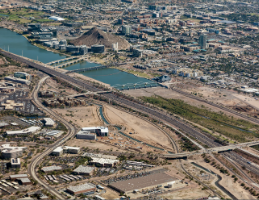 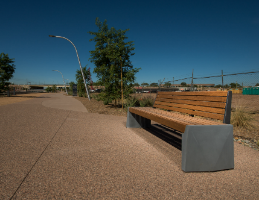 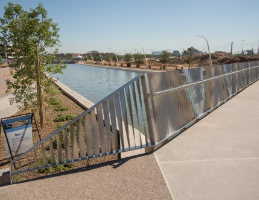 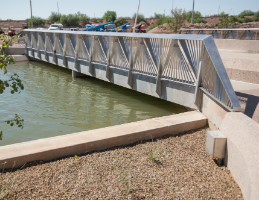 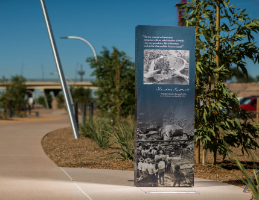 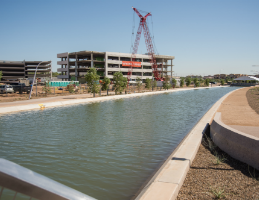 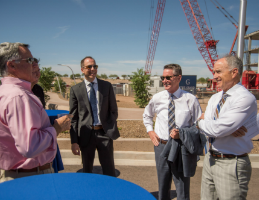 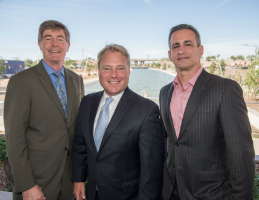 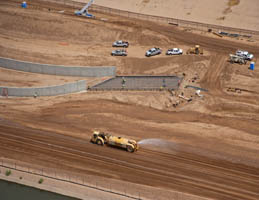 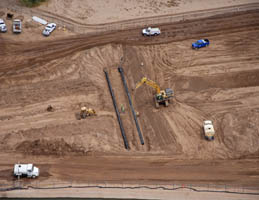 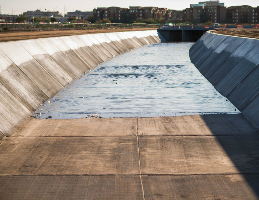 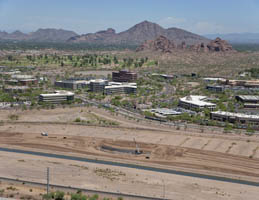